‘In the Beginning’ takes a look at Genesis Chapter One, the first six days of creation and how God created the heavens and the earth and then filled them with life. We will see that God’s creative power is released by speaking into existence that which He desires to create and bring into existence. As we examine God's creation process we will be begin to see that with God, truly nothing is impossible for Him, He is able to both create life and to sustain life.

Genesis 1:1 In the Beginning God Created the Heavens and the Earth

The first name of God is revealed here which is the Hebrew Elohim. It reveals God as being majestic and omnipotent, or all powerful. All of God’s names reveal something of His character; Elohim is first used in connection with creation, showing God to be the creator, the one who sustains life and as the supreme governor of the world.

This is the Hebrew word “bara” and is only used of God. Only God can create. God called into existence something which had never existed previously. God created without the use of any pre-existing materials, He created something out of nothing!

This refers to the earth’s atmosphere, or sky, as well as what we today call space, referring to the universe or outer space. Note the use of the word in Gen1:1 & 8. It is used both in the singular and plural form.

This is the basic element of matter which would later be used to form the earth, the stars, sun and moon. Every atom, mineral & substance which would be required was created. So in the beginning of universal time, God the Omnipotent, the Almighty One called into existence space and matter out of no pre-existing materials.

All that was in existence was the basic elements of matter and water but which had no form or shape and had no life. There would have been neither gravity nor light. The basic building blocks of the universe were there but they had not been energised or given any form or light.

We next find the Holy Spirit begins His work of energising or giving form and life to the basic elements, bringing it all together to form and shape the earth as it made its way through space. It was now ready to receive other forms of energy in the way of light and heat and for the energising power of the Word of God.

We may note the following order of God’s creation process in Genesis 1:3-25. Each day is distinct and builds upon the previous day’s act of creation. Each new day begins with “Let there be …”.

God saw what He wanted to create through the eyes of His imagination and He then spoke it into existence.

Light & darkness are brought into being; note this was separate and distinct from day four when natural light was created. God’s act of creating Light was to simply speak it into existence; “Let there be light, and there was light”.

The waters are given boundaries forming the oceans and revealing dry land. Vegetation; all kinds of plants and trees bearing fruit are made to sprout from the earth (dry land).

Natural light is created with the sun, moon and stars, separating day from night and giving us our seasons, and establishing time on earth. Sunrise and sunset were put in place, radiating His glory. The stars gave dimension to the vastness of God; spanning the heavens. 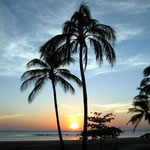 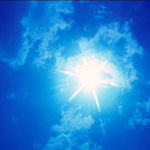 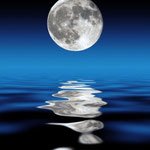 All marine life is created as well as the birds of the sky above the earth, each according to its own kind. They are commanded to be fruitful and fill the earth and oceans of the world. 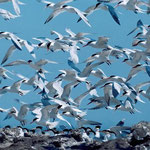 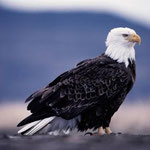 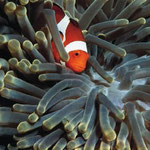 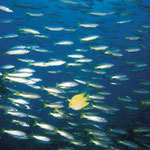 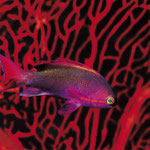 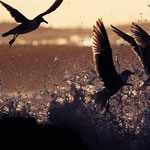 All animal, reptile and insect life are brought forth on the earth. All the wild beasts and domestic animals are formed, each according to its own kind. It is interesting to note during the entire creation process up to this point, Elohim created only twice; the elemental things (building blocks), and animal life (soul life). It was then out of what He had created that he made what He purposed in His heart. Hence the earth and the heavens and everything we see on earth was created and made by Elohim. 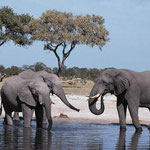 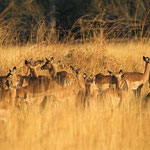 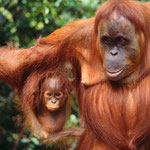 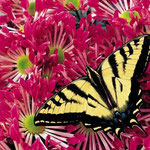 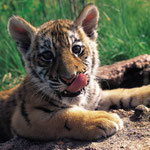 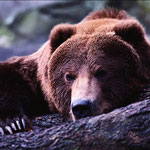 God created the heavens and the earth. Not only did He create them but He made them all out of nothing! This is an incredible thought; consider the mind and imagination of God how great it must be, nothing was left to chance, everything was created in its perfect order. First the light, sun, earth, water; all the life sustaining elements, then came soul life, a perfect order for a perfect creation. God first created a perfect environment within which life could exist and then He created all life form to inhabit this world.

What Does This Tell Us About God?

Let’s begin with His knowledge. Is there anything God does not know about science, biology, or physics? He created the Heavens with all the stars, sun and moon and placed them in their perfect orbits. He created gravity which keeps our feet firmly on the ground. He created a perfect climate in which everything would have grown prolifically, making Him the Master Physicist. God is not only The Master Scientist; He is the Creator of Science.

Every planet is placed in perfect orbit around the sun.

The Earth rotates with mathematical precision.

Every element known to man, every atom and molecule is created out of nothing that pre-existed.

In Fibonacci numbers we find what appears to be God’s formula or blue print for creation. It is a numbering system discovered by Leonardo Pisano, also known as Fibonacci. He was a brilliant mathematician of the middle ages and one of the first to introduce the ten digits, decimal point system as used globally today.

The ratio between numbers is 1.168, with the reciprocal being 0.618. These are the two ratios we find throughout Nature, including trees, flowers, ferns, insects, animals and humans. The number of petals found in flowers follows Fibonacci numbers. The measurement of the human arm (elbow to wrist and wrist to fingertip) is in the ratio of 1.168, the knuckles of the hand, our facial features, the human body, all follow this Fibonacci ratio. Further examples may be found in; storms, tornados, the galaxies and planets, staircases, the Ark of the Covenant and even Noah’s ark all display this amazing ratio number 1.618.

Fibonacci ratios are even used by; Stock Market Traders in analysing stock charts, mathematicians, artists in their paintings and in architecture to give buildings that aesthetic look and even photographers.

The Fibonacci sequence and ratios reveals not a haphazard accidental evolution, as many would have us believe today, but shows a very calculated and ordered creation, an undeniable pattern exists which demonstrates the wisdom and knowledge of an all knowing and all powerful God. It reveals order not chaos. The beauty we find in nature is by design not accident, everything God created was good and pleasing, His secret is perhaps in what we now know as the Fibonacci sequence and ratio. The following link will take you to a wonderful demonstration of the Fibonacci Numbers, please turn up your speakers and enjoy. Nature by Numbers

Elohim then is a God of order and not chaos. He knows exactly what is needed before it is even required.

God knows what I will need tomorrow and He prepares it today in readiness for tomorrow.

Consider for a moment what all of this may mean for your life today? If God was able to exercise such wisdom and might in creation, will He not be able to care for each one of us, and know our every need and provide for us individually as well? If He is able to sustain the heavens and the earth by His Word, will He not be able to sustain you and I today? If He is able to speak life into existence can He not speak life into every situation we may face? If He created such wonderful beauty in the Sunrise and Sunset can He not make something beautiful of our lives as well?

Scripture quotations taken from the NASB