In 2013 a pastor from Liberia, Pastor George Goffah Jr, made contact with me through this website and after a number of exchanges invited me to teach at a five day leaders conference he was hosting at his church. His church is The Light of the World Church located in Monrovia, the Capital city of Liberia.

I accepted and in March of this year, 2014, I travelled to Liberia and spent a total of ten days there, teaching for five days at the conference and also ministering two Sundays at his church. Liberia is not the easiest of places to travel to, as it took three seperate flights and almost thirty hours of travel to reach there.

Monrovia, the capital, surprised me as I did not expect to find so many churches there, and yet I was told there were about five thousand registered churches in Monrovia alone, and it is considered a Christian nation. I was amazed driving along the main road at how many small churches I saw along the way. I found the Liberian people to be very friendly welcoming, with Pastor George's church putting on a very warm reception for me at the airport.

I was struck by the level of faith exhibited by many of the pastors, many of whom work as well as pastor their churches. Where ever I went I could see bible quotations on many of the buildings and taxis, they were certainly not hidding their faith but rather shouting it from the roof tops.

One Pastor I met said he worked by day as a shoe repairer, and often would joke with his customers telling them he would only give them theirs shoes if they gave their lives to Jesus! Liberia is a nation still recovering from a brutal civil war, yet their faith has not been dampened.

My Hotel in Monrovia

Pastor George with his wife and church leaders in the Hotel restaurant spending some time together before the Conference.

The theme of the conference was 'Spirit of Life in Christ Jesus' based on Romans 8:1-2, and ran Monday to Friday with a morning and evening session. It was certainly an honor to speak into the lives of these church leaders who came from a number of different churches. They were hungry for more of God in their lives, and I was truely blessed to see how God ministered and blessed each one during the course of the conference.

We had to walk about five hundred meters to get to the church, crossing a river via a bridge made from wooden planks. Having a good sense of balance was essential to cross it.

Arriving at the church for a morning session with Pastor George and his wife Terrese.

Here I am teaching at one of the morning sessions. These church leaders were an inspiration to me, seeing their faith and love for Jesus.

Preaching from the pulpit. Liberia is a hot humid country in summer so I was glad we had the fan blowing on me the whole time.

Pastor George and his wife in the church with the church banner in the background.

At the end of the conference I was presented with a beautiful traditional Liberian garment.

At the end of the conference each leader was presented with a certificate. 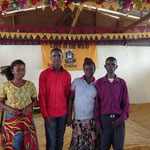 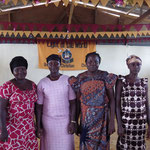 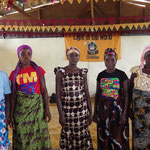 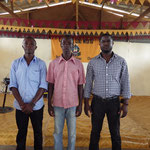 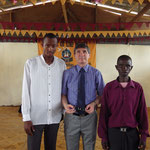 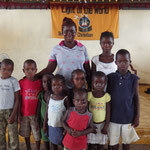 The conference was real blessing to me as I saw God begin to speak and move through His people mightily. I covered three topics in the conference; Created in His Image, Lifestyle Worship and Hearing the Voice of God. We looked at the creation of the world and how we were created in God's image, and how God is restoring this to His church today. We looked at what it means to worship in Spirit and Truth and finally I taught on how to hear the Voice of God, including dreams and visions.

By the end of the week God was speaking to many of the leaders through visions and dreams, many of which were extremely powerful words of encouragment and direction for their personal lives and for the church. One elderly lady had a dream in which she saw the church filled with the glory of God. Since the conference there has been a steady stream of new people coming into the church to hear the Gospel of Jesus Christ.

I also attended a half hour live radio program at the Seventh Day Adventist radio station, where I was interviewed and then took live calls from the listeners. Here I am sitting with Pastor George in the studio during the program.

The following are some of the photographs I took while doing some sight seeing in Monrovia. 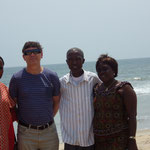 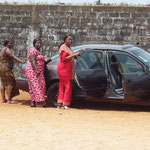 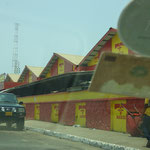 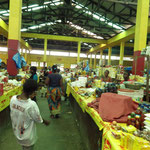 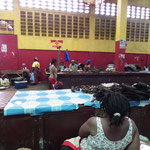 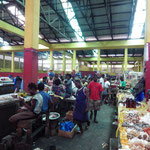 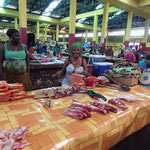 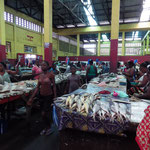 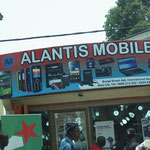 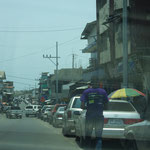 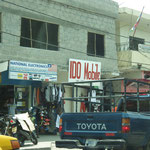 Scripture quotations taken from the NASB